Yes, I’ve moved to Oslo, Norway as of end of December 2016. It was a whirlwind of a move at the end of the year so I am just now having a chance to catch my breath and….blog (not that I’ve been active anyway, but I digress).

When I tell someone that I live in Norway, the reaction is often one of bewilderment. It’s almost as if they’re trying to figure out where the hell in the United States is Norway.

Since I’ve had this conversation so many times, I’m going to list out a Q&A of sorts of the common questions I get and the answers I normally give:

Why did you move to Norway? My finacée is Norwegian and so I moved to join here there. We have been doing long distance for two and a half years so it was time. I’ve always wanted to live abroad so this was the perfect time.

So how has such a big move been? Honestly, pretty easy. Everything has been pretty smooth. I knew I was going to move dating back to the beginning of the year so I have been preparing for it all year for the most part. Things in Oslo are pretty efficient so it was super easy to get settled. Plus my fiancée has been a great guide/translator to help me get settled. Also with views like this, it’s hard to complain: 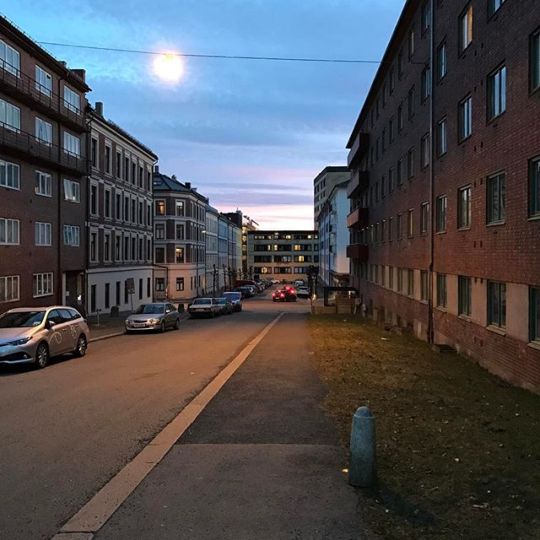 Are you working over there? Yup, I’m working for the same company Vector Media Group. I’m working as Head of Development for Norway. I am looking to open up operations here in Oslo for my company by getting clients and building a team.

Do they have internet in Norway?? …Yes… Things are super efficient in Norway.

How is the food? Delicious! I’ve been visiting Oslo for almost 6 years now so I’ve grown accustomed to open face sandwiches, cheese, and my favorite caviar!

How is your Norwegian? It’s…coming along. I took classes in NYC for a year before I left so I have a decent foundation. I’m looking to start classes here soon. I can get by at the grocery store…

Do you miss the United States? Not really to be honest! It’s so great being with my fiancée after being apart for 2 and half years. Plus with all that’s going on in the United States currently…

Are you coming back to the United States? To live? Probably not. I’ll be back to visit all the time!

What are the winters like? It’s dark like, all the time right? It’s really not that bad. Sure it’s dark most of the day but I’m working most of that time so I barely even notice. Also in the summer it’s light almost all day which is going to be awesome.